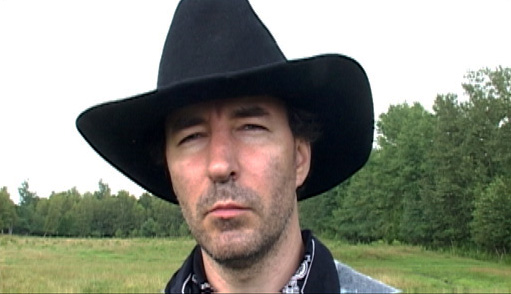 James got his start in the world of entertainment in the 80s and 90s while singing and playing bass for various Montreal pop bands. This included performing in several of his own music videos broadcast on Much Music and Musique Plus.

His first professional acting gig was in 2009, when he was cast in the pilot episode of the comedy/drama Mohawk Girls  (APTN, OMNI) as a lecherous cafe clerk.  He has since appeared in Seasons 1, 3, 4, and 5.

He can be seen playing the lead in the post-credits scene of  X-Men: Apocalypse (2016)  (20th Century Fox/Marvel) A character known only as Mystery Man, he is the head of an investigative team from a potentially evil corporation that is out to collect some very precious samples.

He appears as U.S. Navy Captain Laurence Safford in HBO Canada's Pearl Harbor: The Accused, a documentary about Admiral Husband Kimmel's fight to clear his name after the historic attack.

He played crime boss Dominic Duran in the independent short film The Punisher: No Mercy,  which has gained a combined total of over 550,000 views on two YouTube channels. Not bad for an 18-minute film! He appears in Season 3 of The Bold Type  as Zackary Pincher, a fishing magazine publisher. He will also play the part of one of Canada's great historical villains, Duncan Campbell Scott, in the upcoming CBC documentary "Into the Circle of Civilization", to be released in early 2020.

In addition, he has done background roles for crime reenactment shows such as Imposters  and Fatal Vows.

In 2004 he produced, co-directed, and performed in the sketch comedy pilot Viewer Discretion  alongside members of Montreal's On the Spot  comedy improv team.

You can often catch him at the comedy improv nights held at ASM Montreal on Saturday nights.

Contact James for a pdf version of this resume.